RELEASE DATE 28.04.2023 (APPROXIMATELY)
2LP EXCLUSIVE SVART EDITION GOLDEN VINYL (300 COPIES)
OR
PURPLE VINYL LIMITED (700 COPIES)
- a repro of the super rare 8 page promo booklet spread with review copies of the album
- A2 poster of the iconic band portrait in the graveyard
- A3 poster of the original promo flyer design (Crowley)
- A3 poster of the Black Sabbath homage photo
- A3 repro of the early gig poster w/ MInotauri and Spiritus Mortis
- DVD documentary with the band listening to and giving commentary on the album 20 years later, subtitled in English

Reverend Bizarre's debut album In The Rectory Of The Bizarre Reverend was released on Sinister Figure on November 24th, 2002 and has since become an important cult favorite and one of the most legendary albums from the new generation of traditional Doom Metal. Described by Decibel Magazine as sounding "like a black hole opening up and drawing everything into its bleak void", the classic album now receives the 20th Anniversary treatment. The album comes on double vinyl, accompanied by an Albert Witchfinder -designed lyric and photo booklet plus a massive amount of bonus materials exclusive to this one-time pressing only: 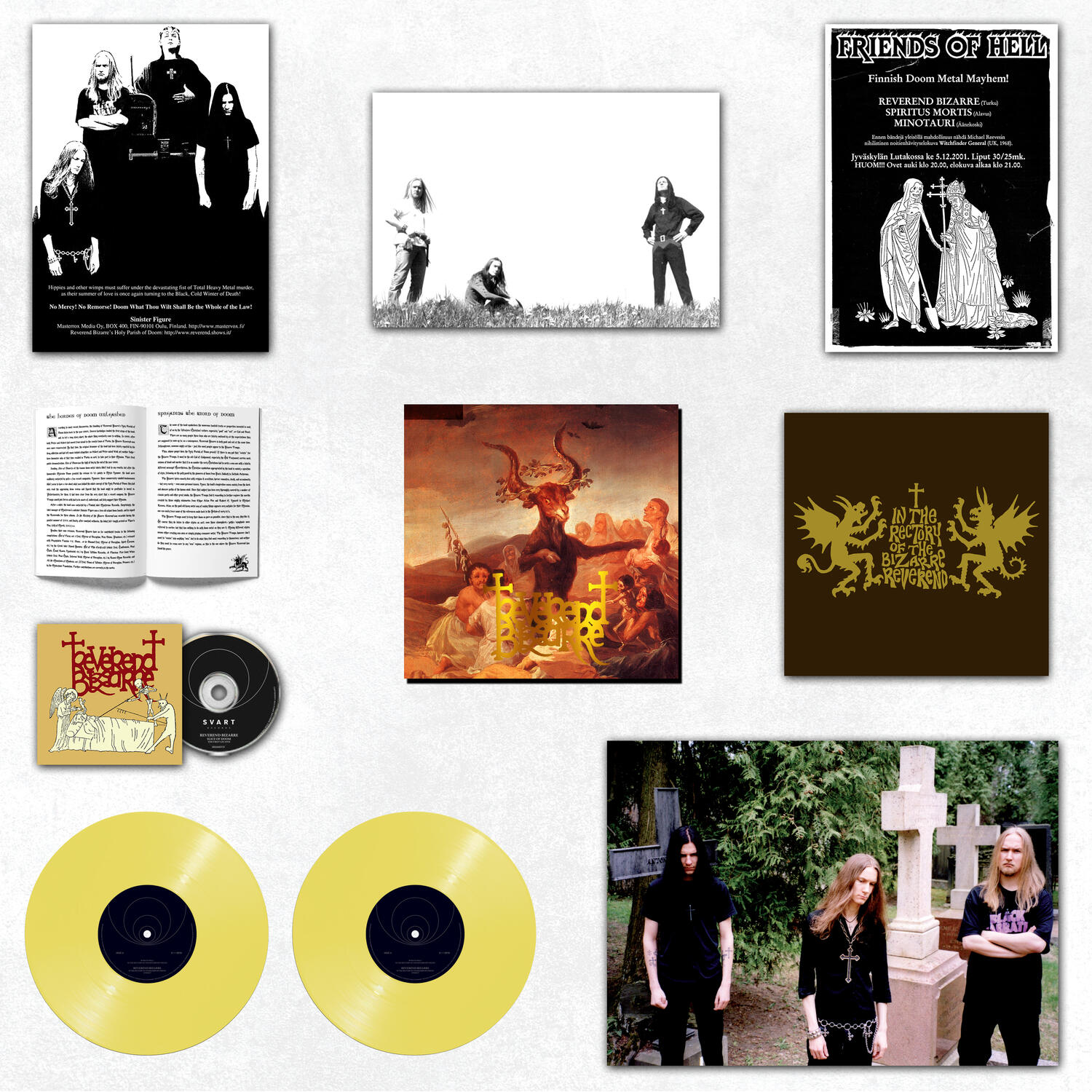 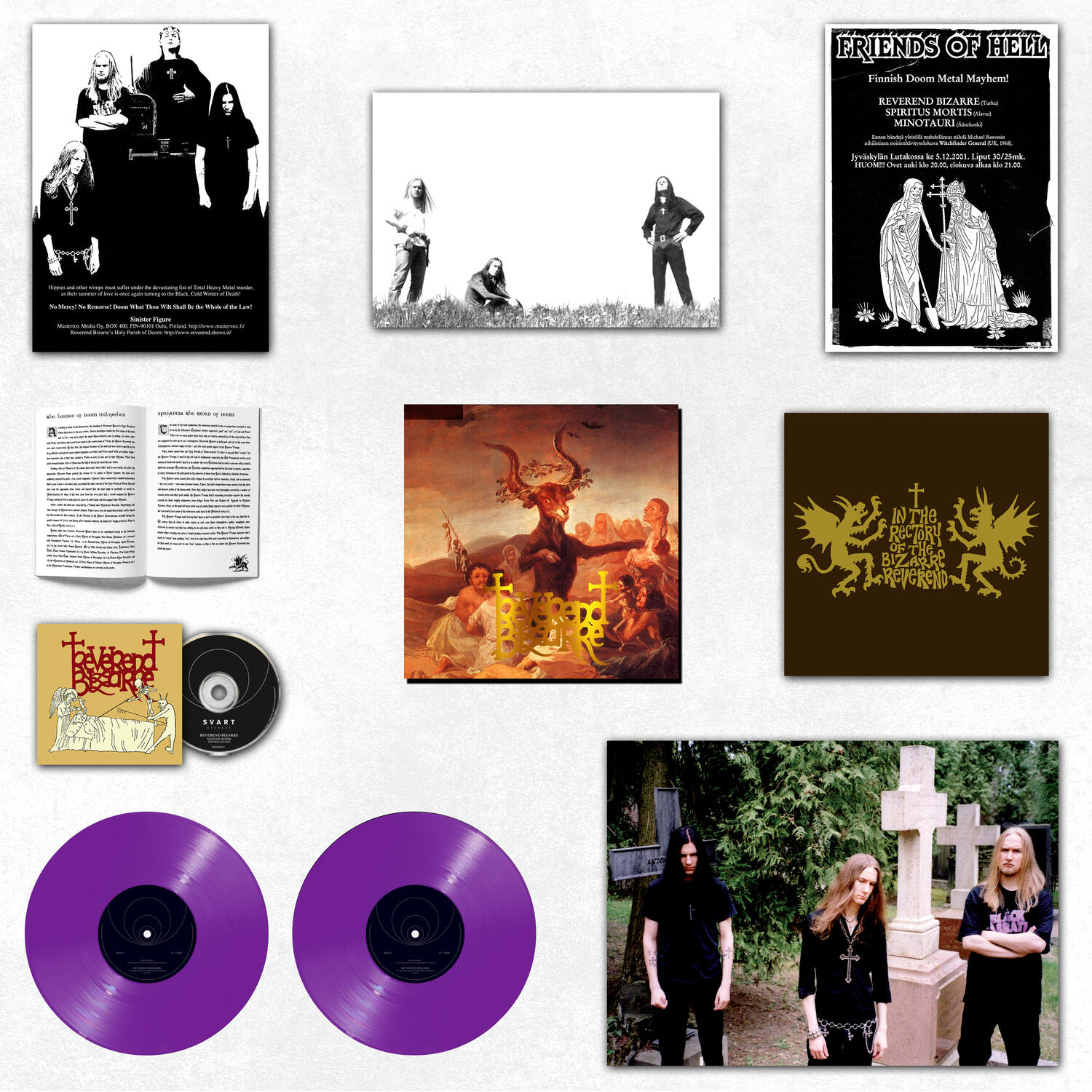